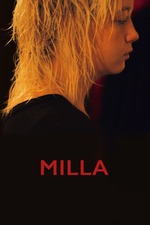 Feels too beholden to its avoidance of conventional drama, so that instead of spontaneous and tender, it feels calculated and strained. Each scene works on specific emotional surfaces, immaculate on a compositional level (e.g. one shot of the fence, stone wall and barren trees has a beguiling fairy-tale, storybook quality), but lacking in the relational dynamics, subtext, and human richness that would elevate this from becoming just an aesthetic exercise. (The birthday party scene suggests an Everyone Else-dynamic, which might have been compelling given the way the film alternates between interior and exterior, but the thread is dropped immediately in favor of loving surrender—which, notably, occurs quite close to Leo's accident.) Pushes arthouse realism to the point of visually stunning artificiality, but that only adds to the incessant feeling that everything is for effect (an assessment that Massadian would certainly abhor, given what she's said in interviews), absent of internal life or emotional logic. Dreamy, theatrical Violent Femmes cover is a welcome intrusion and the inclusion of non-actorly presences (the cat playing with the dripping faucet, the child in the latter bits) gesture towards a greater film. (The shifting shot of the churning waves and the near-dark composition of the moon and sea to convey death—reminiscent of the opening of Almayer's Folly—is also beautifully done.) But then there are the purposeful parallels in the second half that really do feel engineered to wring emotional "truth" from the scenario (the nail polish, the lock of hair, the visit to the beach, the third rendition of the Violent Femmes song) and it's hard to perceive their existence outside of Massadian's controlling presence behind (and in front of) the camera.