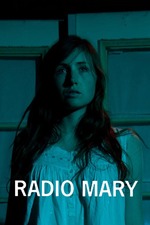 Intriguing mix of genres, though maybe it's more of a channeling—in this case, of a serial killer-accomplice scenario into a supernatural, sci-fi exercise, with the relationship shifting across levels of reality throughout the film. Full of sly humour (the title and its appropriation of Mary's "powers" to score the film) and unexpectedly forceful psycho-sexual malevolence (metaphorical and literal), aided by a compelling somnambulant vibe. Not entirely convinced that it transcends the basic reflexivity of the material, so the trajectory can be somewhat trying. But the headlong commitment is admirable—it creates an innate sense of compulsion, a fatalism, almost, that accepts the genre ruptures with so little resistance and in so doing, turns the film into something else.

I Love You, Daddy