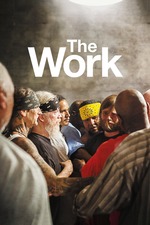 Difficult to discuss because the material itself is so charged (not unlike Starless Dreams), and the basis—absent fathers, masculinity, etc—would be easy to pick apart in a narrative film (cf. Starred Up), but here, is so intimate and direct that even "evaluating" the film on any level seems rather wrong. Still, unsure about the overall shape, which functions as one would expect given the four-day filming conditions (i.e. with the directors picking out the standout moments of each day, and arranging the footage around that) and doesn't seem to go beyond; also unsure how much that ultimately matters for a film like this. But it would be worth it for Brian's "exorcism" alone; that scene was the film in a microcosm—primal and terrifying and cathartic.

The Last Days of Disco