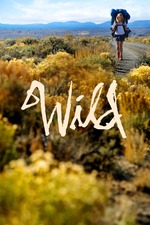 Much better than any synopsis would have indicated, and far better than some other based-on-a-true-story/biopic types heralded this year (ugh, Theory of Everything). Doesn't quite transcend the usual journey of self-discovery beats, and isn't exactly formally challenging, but the directness of the approach mostly works. Mother-daughter flashbacks were laid on a bit thickly though, so much so that I was faintly irked every time Laura Dern popped up on screen (which was frequently, unfortunately); and overall, the flashbacks were hit or miss, with some succeeding well (e.g. addiction/drugs, random sex, fighting with ex-husband—which remained thrillingly impressionistic for a while) and others floundering in overwrought emotion (see: almost everything with Laura Dern).

But as things go, the entire thing was pretty painless, and while the two hours didn't exactly whiz by, I was never really bored either. And Reese Witherspoon does some solid work, conveying ranges of emotion with sheer physicality. This is definitely no Eat, Pray, Love; thank goodness for that.