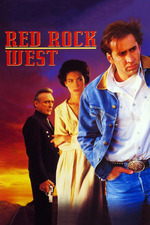 This lesser known neo-noir thriller has one of the best premises ever conceived:

Nicolas Cage plays a penniless ex-Marine drifter who finds himself in the middle of nowhere after being denied a job which he had been previously promised. He is then mistaken for an out-of-state hitman by a vindictive local who wants his wife dead. After been given half of the money in advance, Michael visits the aforementioned wife and accepts a counteroffer for him not to kill her. Cage's character then attempts to flee the town with all the cash but a bizarre series coincidences occur putting him way over his head.

On paper, it appears to be rather straight forward plot, but the film unravels in such ingenious and perfectly-timed fashion that you're gripped from the offset. The film's elevated sense of built-in logic also seemingly allows any manner of occurrence to happen, so that when the crap hits the proverbial time after time for Cage's character, the audience does not question it; it works and never feels contrived or superfluous.

For its day, Red Rock West was cast to perfection: Lara Flynn Boyle somehow seems an obvious choice as the possibly disloyal femme-fatale, the ever-reliable J.T. Walsh exceeds as another villain and there is even enough room for Dennis Hopper in full-psycho mode (who, it turns out, is a very key character).

At the centre of the film however is a pre-stardom Nicolas Cage as the hapless drifter who holds everything together just fine whilst adding just a sprinkle of the much-vaunted “Cage-osity” to his character, so he doesn't overshadow the film with another of his overblown performances à la Vampire's Kiss (1988).

Overall, Red Rock West is a superb film and is surely one of the best and most overlooked thrillers of the '90s.