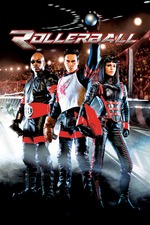 "Not that it meets the typical requirements for anti-capitalist filmmaking: it’s loud, with a non-stop nu-metal soundtrack and a brash visual style, and crassly commercial, with celebrity cameos from everyone from P!nk to Slipknot. The original screenplay allegedly retained more of the original’s sharp social commentary, which McTiernan dulled in favour of more Rollerball sequences. But by pushing political and social content to the margins, McTiernan actually makes a more effective directorial statement, not so much about the alleged evils of the sports entertainment industry or the prevalence of violence in media, but about capitalism itself."

Read my defense of Rollerball over at Little White Lies - my debut for the site.