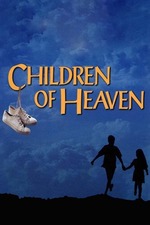 It uses simple film techniques and methods to simply show reality in the most fundamental and raw way – almost as if it’s easy to watch it, to carry such a film out, the camera doesn’t put in the effort or do the work, reality (as miserable as it then may seem) does all the arduous yet exhausting work – the toll on humans is not created by complex technology but through simple viewing of the reality that is life. And that is already enough – is it not?

I think neorealism has taught me a lot about humanism, human condition etc. - we seem to never accept things as they are, we shy away from it, distort it - is not reality or what we have enough? Just as Ali ends up never satisfied despite winning the race.. perhaps the movie says more about the dissatisfaction of being human than the poverty in which nobody is ever able to escape

Regardless, though being poor, I have to admit, Ali has quite the entrepreneurial mindset, always seeking to find a way - a resilience. Although not getting what he wanted, we see that his trying path to success, to his desires, was more impactful than the rather disappointing result

Actually, it is within the adversities that he faces that he finds contentedness - a hope - to do better, to find another way - though the struggle and eventual defeat is evident, perhaps the point is not found within his aim of finding the shoe but the simplicity of just being - a point made by the ending where the fishes return to him, consoling him, almost, by remaining by his side. We cannot blame ourselves for what we cannot control. Although we may try our best to alter paths, our reality remains reality. A more horrifying and harrowing notion than perhaps getting raided by evil chimpanzees or a zombie apocalypse. At least those we have a potential solution to. Life - we just never know.