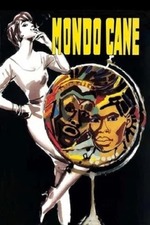 With segments being incredibly brief and often also incredibly shallow in its exploration of things, what strikes me most is just how boring this is, partially also because so much of this also just feels incredibly mundane.

It also gets annoyingly increasingly heavy-handed later on, as while early on this could be argued to be looking at both Western and non-Western culture as though they're both strange, that really drops off towards the end when this gets particularly focused on some proselytizing about indigenous tribes in Papua New Guinea.

Perhaps I'm jaded, but even then, I feel like things like a pet cemetery are particularly bland choices. This was influential, but it's still hard for me to see a selling point for it.

Home on the Prairie