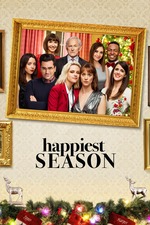 Clea DuVall’s romantic comedy-drama grabs the range of feelings tied to desiring your family’s approval, being factual to yourself, and attempting not to destroying Christmas.

Kristen Stewart gives a good performance in her role as Abby, the woman whose plan to propose to her girlfriend is going to have to be put on hold, while MacKenzie Davis is decent in her role as Harper, Abby’s girlfriend who finds it hard to come out to her parents.

Elsewhere, there are fine performances to be had from Mary Steenburgen, Victor Garber (Mr. Andrews in James Cameron’s Titanic) and Mary Holland in their respective parts as Tipper, Ted and Jane, Harper’s mother, father and sister.

The direction from DuVall is good because she allows the facial expressions to be seen to a strong effect throughout, while also keeping a mixed atmosphere happening as well.

The script is written to a decent standard by the director and Mary Holland as they make the movie good to follow and create some humour too, meaning the movie never take itself too seriously. But even when the movie isn’t funny, you can still understand what is happening, because the narrative is definitely there from beginning to end.

The camera stands out best in terms of the technical aspects, because it makes good use of the locations and also captures the tense and funny moments well, which get the edge-of-the-seat status.

Overall, it is not outstanding, but Happiest Season is an enjoyable Christmas romantic comedy-drama, due to the good performances, direction, script, mixed atmosphere and some humour.