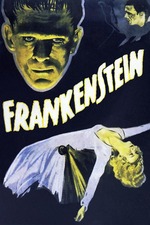 The most famous film adaptation of the masterpiece written in 1816 by Mary Shelley is signed by James Whale, who at the beginning of the Thirties realizes an extraordinary work, masterful on a visual level and terribly frightening for the time. A superb aesthetic permeates the staging, as gothic and expressionist, in the tradition of Caligari and Nosferatu, as futuristic, with echoes and references to Metropolis. Ninety years separate us from the release of Frankenstein, a long period in which the tragic creature shaped by the mad scientist has never ceased to deeply mark the collective imaginary. Not only has Jack Pierce's memorable makeup perfectly survived a century of cinema, but all of Whale's work has stood the test of time, codifying the universe of horror and fantasy to come. The movie avoids any easy Manichaeism, highlighting how the Creature is not a ferocious beast with the sole feral purpose of killing, but rather a sensitive being who, although not able to grasp the course of events, rebels against chains and mistreatment. The English director, homosexual, therefore wants to represent the theme of the diversity, of the one who, not by his will, ends up being marginalized and hated by a society that tends to homologate and destroy every cultural and spiritual difference. In this sense, the crowd with its baggage of prejudice, ignorance, fanaticism and violence, appears in the film much scarier than the monster itself. Thanks to his intense performance, Boris Karloff, unknown to the general public until that moment, enters the history of cinema. His magnetism also emerges under the very heavy make-up and the actor leaps into the firmament of the stars, imposing himself as an essential model for the many subsequent interpreters of the character.