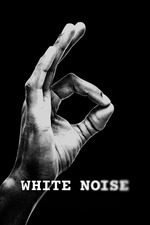 Much of what is revealed In this documentary about its three subjects is already common knowledge to anyone even remotely aware of their influence during the 2016 election.
However, to witness a relatively intimate portrayal of their downfall and eventual irrelevance was piteous. What this doc did well was pull down the mask of what used to be the alt-right's most prominent figureheads. Although most rational people could guess by this point, it revealed them and their ideologies as crass and self-indulgent Nationalist jargon.

However happy I may be to see them fade away from the political zeitgeist of our era, what I cannot ignore is the lasting damage they've caused. Thus, this film served, for me personally, as a grim reminder.