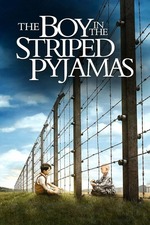 The Boy in the Striped Pyjamas

#3 The Boy in the Striped Pajamas

Ralf (The Father) = The Amoral Character

Pros: Although many of those who have seen the film say that it is very sad and takes even a drop of tears out of you, actually for me it was more of a spooky experience to know that the story is very realistic, the end is undoubtedly crude and explicit, but I like it because it is real and honest. Ralf is a Nazi sergeant who has been given in his possession one of the many Jewish concentration camps that were installed in the Second World War, a cold man who has no feelings (only when it suits him), his presence implies total respect (sometimes fear makes you feel obedience from another person), the first scene in which he appears (in the living room) is a clear example, is a wolf with sheepskin, does not feel empathy for anyone, but who in this film is not like him?, maybe Bruno... I would very easily describe Ralf as the villain of the film but I think that's not the real message that the book and/or film really wants to show after all but to show the double amorality that exists in the world and the actions that may or may not have repercussions, but perhaps, in the end, he paid dearly for his actions. The Boy in the Striped Pajamas is surprisingly one of those films that become very faithful to the book and also the film is easy to watch without getting bored.

Cons: You would ask for the impossible, but I would have liked to see scenes in which David and Vera Farmiga interact more although it would be difficult to happen because as I said earlier he is cold and the wife for his part is very conservative ....... And why not: To have seen him live happily with his two sons Bruno and Gretel.

Curious fact: At the end of the book are mentioned more things that help to complement the story a little more, such as mentioning that a year later the mother and her sister Gretel return to Berlin without knowing what had happened to Bruno and how the father stays in the concentration camp to be killed later by the Nazi soldiers themselves.