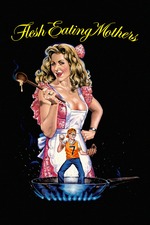 I've watched this movie a few times over the years, and I'm still shocked this has been released on blu ray. Seriously, Flesh Eating Mothers on blu ray!!! I bought it the second the preorder was available. It's a movie for a certain type of person. It's a comedy, has some great, low budget effects, but it's the kind of movie that the "normies" would probably dismiss as trash. Damn right it is!! The best kind! I love bad actors over-acting in the name of comedy.