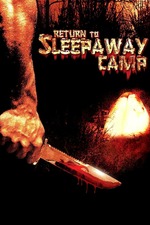 I biggest complaint about this is that this movie does such a wonderful job of building up characters that you completely HATE, but not enough of them are actually killed! This needs a much larger body count!

I enjoyed this. It's awful but funny. There's some cool kills. A couple of which are "will it or won't it happen?" that I really got into. And as mentioned the characters, every single person, is soooo unlikable, but in a way that is so over-the-top that it becomes hilarious....and a little bit annoying. I wouldn't recommend this to anyone. I was expecting to hate it on my second watch, especially after the opening, but I dunno, I have a weird enjoyment for this stuff. It's especially ridiculous that who the killer is is so obvious. Not that they're really trying to trick you....I think.