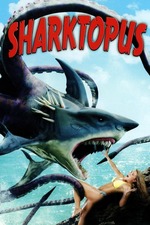 The usual crap story of scientists create an abomination and it escapes and then they have to hunt it down....and of course one of the people wants to capture rather than kill. But this movie has a funny Roger Corman cameo. This movie actually features some practical gore effects interspersed with the cgi. This movie has a nice high body count. This movie lingers on the kills and the kills are bloody and often well done...at least compared to most other movies of this sort.

Like I said, story is so standard. But it's fun for people like me who enjoy crappy shark movies. Lots of kills, chomps, tentacle stabbings, and blood.

The Werewolf of Washington