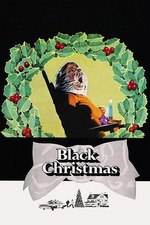 They call this one the grandfather of slasher films and I can see what they mean.

Not only does the film birth/solidify tropes used by most of the slashers that came after it, it holds up just as well next to the horror films of today and manages to avoid the typical dragging 70's movie pace by managing to be charming, crackhead-y, and throughly creepy all at once.

A likable cast led by Olivia Hussey, Margot Kidder, and Andrea Martin allows for more investment in the story than you'd initially expect, especially in a surprisingly modern and progressive B-plot having to do with Hussey's character Jess. Special mention for Nick Mancuso and Bob Clark for their performances as Billy, as well; whatever happened between Billy and Agnes, I don't even want to know.

Also, it should go without saying: much, MUCH better than that so-called 2019 remake. That's all.