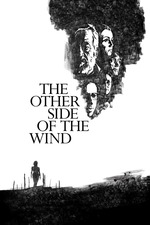 The Other Side of the Wind

Welles coming back from the dead.

The Other Side Of The Wind is a heavily loaded film. I must rewatch it, because there is a lot going on. Definately at a 10/10 level, but I really need to rewatch it. It's masterful in every aspect, and some of the sequences are just breathtaking. How the fuck was he so good at framing!? Some dialogues, even though I missed many of them, are great; and the ending is magnificent.

I wish Welles came back from his grave more often.