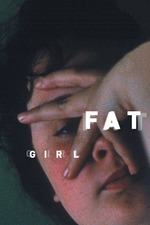 Brilliant if uncomfortable study of growing up in a patriarchal society. I kind of hate the English title of this film. The French, À Ma Soeur (To My Sister) has a completely different connotation.

Watching Elena and Anaïs made me happy I had a brother. Their relationship is such an odd one - competitors and constant companions, alternating between hate and love.

This film has a lot to say about how young women are socialized - the pressure to conform to one specific thin  version of beauty, that insane demand to guard one’s virginity while simultaneously not being a prude. The parallels of controlling one’s appetites.

The film also shows both coerced sex and rape, driving home the negligible difference. Is it ok for a twenty-something 3rd year law student to talk a 15 year old girl into sexual acts she has expressed reservations about through threats, promises and lies? Is it ok for him to ignore her requests for gentleness? And how far removed is this experience from being dragged behind some bushes by a stranger? We all know which of these scenarios is more common.