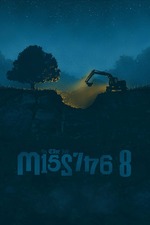 My dispatch for In Review Online:

To make an effective political film, one frequently turns to documentary as the best medium for truth; it’s hard to deny in exemplars of the genre that empirical rigor and emotional realism often prevail over shoddier, more selective depictions of subject matter. But documentary hardly exerts a monopoly over rigor and realism, for the buzz of late has been in perfectly decent but perfunctorily engaging works surfacing for their ninety minutes of lukewarm fame before sinking back into the shadows of oblivion. And so, while a film like Lauren Greenfield’s The Kingmaker did make headlines for its excoriating portrait of the Philippines’ former First Lady Imelda Marcos, it remains a stand-out for good reason. Less celebrated (although this trend is, hopefully, on a cautious reversal) are films whose formal sensibilities don’t quite gel with the highbrow expectations of antiquated cinéastes: Lav Diaz’s searing four-hour epic, The Halt, achieved limited recognition among its more conventionally aligned ilk at Cannes, but even then it still saw the light of the projection screen around the globe. Less is likely to be said about films that border on television’s realm — now christened under the sacrilegious banner of “episodic cinema” — unless you’re David Lynch, Nicholas Winding Refn, or, for a select group of Francophiles, Bruno Dumont.

Which is a pity, then, because the Venice Film Festival’s latest coup, after awarding the Golden Lion to Joker in 2019 and programming Michel Franco’s New Order for 2020, has been to premiere in competition a mini-series due for release on HBO the very same month; a coup predicated less on courting controversy than on recognizing, rightly, the artistic merits too commonly sidelined by virtue of association with “cheaper” entertainment. The mini-series in question is Erik Matti’s On the Job: The Missing 8, a sequel to 2013’s On the Job. Clocking in at 208 minutes, still comfortably within polite society’s durational tolerance, the film doubles down on its exposé of political corruption and patronage in the Philippines, and does so, crucially, with both thematic acuity and thrilling elan. Picking up where On the Job left off, in the aftermath of a losing battle with the country’s sheltered elite, The Missing 8 continues the good fight doggedly, chronicling a corrupt journalist’s pursuit of justice against the very institutional rot that served his personal interests up to the murder and disappearance of his colleagues. Sisoy Salas (John Arcilla), the once-idealistic co-founder of a now-struggling newspaper committed to reporting the truth, has left this tough and thankless profession for the easy task of shilling for the government; a beloved radio host in the municipality of La Paz, he stoutly defends the equally beloved mayor Pedring Eusebio (Dante Rivero) on matters of both policy and personality, peddling unabashed and blatant falsehoods about the latter’s superficially anti-crime record.

Eusebio, however, is anything but anti-crime, having amassed great political heft through the multiple crime syndicate networks he shrewdly employs under the radar, chief among which is an extrajudicial arrangement for incarcerated prisoners to perform contract killings of the regime’s unsavoury opponents (the rationale being that such prisoners are mostly anonymous and run little risk of spilling the beans). His latest target happens to be Sisoy’s newspaper, helmed by the journalist’s longtime friend Arnel Pangan (Christopher De Leon) and now publishing incendiary articles which threaten his mayoral run. When Eusebio orders Arnel’s assassination, seven others including Arnel’s young son are caught in the crossfire; they are unceremoniously buried, their deaths covered up by law enforcement as disappearances, likely to stay covered up forever if not for Sisoy’s painful moral awakening, as well as that of Roman Rubio (Dennis Trillo), one of the prisoners involved.

Where the first On the Job explored with bite and gusto the systemic impossibility of political reform in the Philippines, it did so with relative tautness, pitting informants, hired hands, and the top dogs against one another in a high-octane showdown condensed into just under two hours. The Missing 8, retaining its predecessor’s giddily thrilling direction, indulges in a sprawling and more contemplative moral tapestry whose central conflict (within Sisoy himself) informs the rest of the film’s action sets and attractions. Initially a cloying advocate for self-interest packaged as candid pragmatism, Sisoy inevitably wrestles with this comfortable allegiance to and abetment of such discomfiting principles, his falsely cheerful persona quickly replaced with a brooding countenance, filled with both skepticism towards individual moral agency and determination, nonetheless, to assert and articulate such agency. Likewise, Roman’s broken-nosed and cowardly appearance soon gives way to heroic bloodlust upon witnessing the countlessly quotidian acts of impunity that corruption buys. While pursuant, to separate degrees, of separate goals, both journalist and prisoner eventually cross paths in a somber but no less satisfying indictment of national apathy.

For the most part, the satisfaction in Matti’s renewed examination of his country’s characteristic cultural trait of utang na loob (roughly translated as a “debt of gratitude”, signifying the personal quid pro quos underlining most Filipino political relations) stems from its contemporary currency — having been adapted from real-life examples such as 2009’s Ampatuan massacre — and the engineered stylistic flourishes that prove by-and-large endearing in The Missing 8. Tonally indebted to the operatic gangster flicks of Scorsese and utilising a host of needle-drops (including one peculiarly impassioned rendition of “Bella ciao”) in powering the film’s momentum, Matti’s direction should be interpreted less as fledgling insecurity or populist pandering, but construed for its succinct and successful amalgamation of spectacle with social criticism; instead of the comparatively pessimistic original, The Missing 8 charts a landscape paradoxically more open to democratic ideas just as authoritarian ones assert themselves, owing considerably to the democratization of access an Internet-savvy populace enjoys. For most viewers who will seek it out on HBO, the mini-series (comprising both On the Job and The Missing 8, in a slightly edited format) will prove revealing of the patterns of change and continuity that continue to inspire activists, journalists, and ordinary voters towards change. In this light, Matti is no less a political filmmaker than his more austere compatriots; similarly, The Missing 8 is no less than one of the most engaging and invested films of the year.