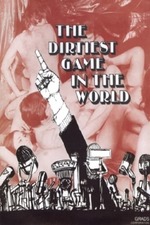 Titus Moore (Titus Moede, how that's for an alternate character name?) is running for office in California but he's told that his numbers aren't looking too good. In order to get votes he tries to please the hippie crowd and soon he's joining their parties, which leads to some non-stop sex and of course weed smoking.

For starters, fans of THE BEAST OF YUCCA FLATS will be happy to see that film's director Coleman Francis playing one of the political advisers here and this alone adds some camp value. There's also non-stop nudity throughout the film with a lot of full-frontal and I'm sure this here will make fans of sexploitation pictures happy. As I said, this here pushes the nudity to the extreme limits, which is another plus. The most bizarre and controversial moment happens at the end when a woman decides to take a razor to herself including some of her "female parts." There's no question that this sequence will have some people turning away from the screen.

Bryan at least does a good job at keeping the film moving at a nice pace and the fact that it has a short running time is certainly a bonus. I must say that the performance by Moede is also another reason to see the film because of how awful it is. I mean, it's really something that you have to see to fully believe as the performance is just downright laughable at times and the "best" thing about his performance is when he messes up his lines.

THE DIRTIEST GAME is certainly an interesting example of low-budget film-making. It's not a classic but there's enough sleaze to make it worth watching.