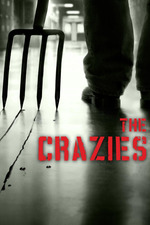 "I saw a movement!"
"Everything is fuckin' moving!"

I've been wanting to watch this film for a while now ever since I found out that it has both Danielle Panabaker from The Flash and Timothy Olyphant from the awesome Justified in it and it's clear right from the start that Olyphant, in the role as a Sherriff, is essentially playing Raylan Givens. All he needs is a hat and some better dialogue and then he'd be good to go. The Crazies itself is an interesting zombie drama that sees a small town affected by its population suddenly turning mad in a remake of a George A Romero classic that I haven't actually watched yet. It's a solid premise and another reminder that you should probably never trust the military in apocalyptic situations.

The Crazies may not be the most original horror film ever but it is certainly one of the more underrated ones, being a solid zombie movie that works thanks to Breck Eisner's direction and Olyphant being always watchable in the lead role. The pace moves smoothly without any uneven bumps and as a whole, whilst there are better films out there, this is a serviceable, fun effort even if it's not likely to be the most memorable horror film ever. In fact, it isn't really scary at all, more likely to be at home in the thriller category. But you could do worse, and on the whole, there's a fair amount of things to like about this film. Just don't go in with high expectations and you'll be fine. I doubt I would have brought this on DVD, but the fact that it's on Netflix UK helped a lot.