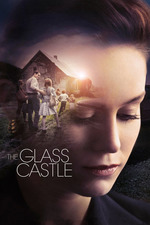 Earnest, enjoyable, and floats by like a breeze. Feels like it's about 45 minutes shorter than it is and I think that's mostly due to the three leads who are *fantastic*, so much so that I can't even pick a winner. There's some iffy tonal shifts and some whiffs of emotional manipulation, and maybe a clunky dialogue exchange here and there, but overall, it's a good, solid movie. Granted, I have not read the book like so many of you have, so I can't say how it measures up, but on its own, it's definitely worthwhile.

How many Oscars do we think Brie Larson will have in her lifetime?

BONUS POINTS: Woody Harrellson saying "Nice nips" is one of the funnier things I've seen this year, slow motion callback to Short Term 12, casting of young Brie
NEGATIVE POINTS: Was her fiancée supposed to be that unlikable??