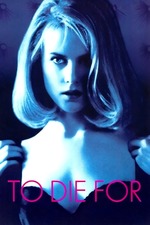 Once, when I was eighteen, I ate a sandwich too quickly and developed a horrible case of the hiccups. Ridding myself of the condition wasn't usually a problem, but this particular case was troublesome as none of my usual tricks (e.g., eating peanut butter, holding my breath, tiny sips of water) were proving effective.

Twenty-four hours later, with still no change, I grew worried and sought medical advice. A doctor (probably suspecting my case as psychosomatic) prescribed me some very large and hard-to-swallow pills that ultimately proved useless.

After forty-eight hours, I was downright despondent and sought religious counsel. My priest suspected a rift between body and spirit and offered me confession. My penance was peculiar; I was instructed to place an entire rosary in my mouth and read from a Latin edition of the Gospel of John. I did as I was told but did not receive absolution.

On the third day, I awoke to the realization my condition might be permanent. I tried to move on and accept my lot. I got ready and went to my part-time job at the local Dairy Queen.

It was eerily quiet that day; not a customer throughout the morning. Then, around midday, the door opened and a young, attractive, unaccompanied woman walked inside.

It was Nicole Kidman. The film actress.

Needless to say, the arrival of a movie star took me by surprise and caused the frequency of my hiccups to increase. It also provoked a question: What in the name of the Lord was Nicole Kidman doing in Brampton, Ontario, Canada, at the Dairy Queen near the Old Peel Memorial Hospital?

(I subsequently learned she'd been on location shooting the Gus Van Sant film, To Die For).

She approached the counter and in a sweet and kind voice, placed her order – a large vanilla ice cream cone – which I, to the best of my ability, promptly filled.

Then something strange happened. After I handed her the ice cream, there was a brief, but pregnant pause. She smiled, leaned in a little closer and whispered...

– I'm really sorry, but I don't have any money. However, if you allow me to have this, then in exchange, I'll give you a kiss.

– Mmm hmm. Who knows, it might help you with your hiccups?

Not only did they go away, I've never hiccuped since.