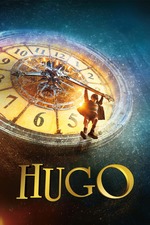 „My Life has taught me one Lesson, Hugo Cabret, and not the One I thought it would. Happy Endings only happen in the Movies.“

A very enjoyable Picture about the wonderful Magic of the Movies.
The Visuals blew me away, it's like Scorceses own, little Film-Wonderland!
Felt a little like Martins Version of "Cinema Paradiso".

The other Characters were alright, but none of them was very interesting to me. Unique Style and well played but that's it, can't say much more.

But overall, it stays a Film with much Heart and the Message is just unbeatable.
Thank you Marty for being such a big Lover of the Cinema, Méliès would be proud!