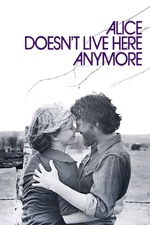 People keep forgetting that Alice Doesn’t Live Here Anymore is a Scorsese movie. Look at it again and you will see that it’s 100 percent Scorsese from the opening scene. Scorsese's reputation as a director of some of the best gangster films of all time often obscures his immense sensitivity to everyday modernity. Despite his first commercial success, Alice Doesn't Live Here Again is probably one of Scorsese's best-selling films (ya know what, I’ll give 9 stars instead of 8), which is disgraceful, as he is by far his best, and in any case, deserves recognition as one of the most sincere and ultimately uplifting portraits of femininity from the working class written and directed by men.

The story tells about Alice Hyatt (Ellen Burstyn), who is suddenly widowed after years of domesticity, she decides to travel to Monterey, California with her 11-year-old son Tommy (Alfred Lutter III) to resume a singing career. In Phoenix, Arizona she gets a job singing at a piano bar and begins a relationship with Ben (Harvey Keitel), who turns out to be married and a spouse abuser. In Tucson, she puts her dream of singing on hold and becomes a waitress. She meets a farmer, David (Kris Kristofferson) and begins to think about a new life of domesticity.

Directed by Martin Scorsese, his filmmaking proves once again as what brings to life. It leaves plumes in small rows and unsteady garlands that make the characters appear more human, even those with smaller roles. It is quite clear that the actors and Scorsese have worked closely with the development of these characters and that is what makes his dramas so good. Nevertheless, what makes this movie special and very rich is the funny screenplay by Robert Getchell. Alice Doesn’t Live Here Anymore is sometimes painful and sad, mostly entertaining and heartwarming but often funny, and Alice's character is developed in depth and precision and passion that has become almost a trademark of Scorsese cinema. It is a well-written story and disguised analysis of American women, and a most satisfying factor for spirit independence and self-worth. Thanks for Scorsese commandment, he made sure to turn the film more unique by providing some hilarious lines, highlighting the relationship between Alice and her son. I clearly don’t understand how Martin pulled it off by portraying women of 70s so good and correctly.

Scorsese’s innovative and trademark camera-work, which done by Kent. L. Wakeford, is simply gorgeous. You can easily see how the camera follows after Ellen every second and never let it go off, even in the harsh moments, and you realize how that camera helps us to translate and prove once and for while how Ellen’s work is very splendid. There is the scene where Alice speeches about her issues and the importance of motherhood right in front of David and the camera is on her all the time (maybe several times on David, too). The editing by Marcia Lucas is sharp-used, attracts the audience to non-stop Alice’s journey. From sequence to sequence, we slowly get to meet our hero better and even in some dramatic scenes, the humorous still exists here.

Now for the performances, Ellen Burstyn gives an astounding and wonderful performance, which led her to the winning of an Oscar award, as the main character so often used as an example of an exploration of the Seventh Art in Women's Rights and Liberation. The fact that Scorsese made the story in the center of the woman immediately after the male perspective mainly in Mean Streets proves how diverse he really is. Ellen is one of the inaugural heroes of the Post Studio Cinema, to the best of my knowledge. At a time when female roles are becoming increasingly scarce, Burstyn has struggled for and won a prestigious award in a great role. Diane Ladd as Flo, mostly known in Wild at Heart, is also dazzling as Alice’s supporter, revealing that in many ways they are the opposite of the same currency, and then become friends and supporters. Alfred Lutter as Tommy is lovable and enduring. Kris Kristofferson as David manages to be “too good to be true” as the first good person in Alice’s life. Harvey Keitel and Jodie Foster are, like always, perfect, even in small roles.

Alice Doesn’t Live Here Anymore is very enjoyable, which proves that no filmmaker could’ve done this better than Martin. If you thought this is another gangster film of his, think again because you’ll enter into a different path. As I mentioned before, remember: this is undoubtedly Marty’s type of film. Definitely recommend!