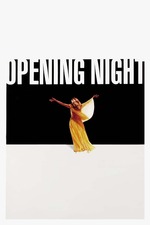 Another Cassavettes movie featuring a great and often powerful performance by Rowlands. She once again shines as this pretty popular actress whose going through some crisis after the death of a fan she blames herself.

The story itself leans itself to be exploited in a way where all the live performances on screen feels rather surreal, which fits so well again with the whole psychological undertone.

Sadly I Cassavettes particular brand and signature, very improv driven style doesn't fully click with me, which didn't fully allow me to enjoy the most of the film and its interesting premise.

All in all, another good film that fans of the auteur may have a blast with this one. For the rest, there's a very good plot and lead performance that might be enough for you giving it a try.

Witness for the Prosecution