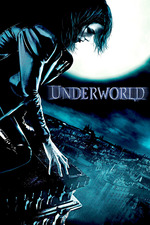 I remember when I was a kid, during that dark period when dial-up was the only way to access the internet, I used to use an Apple program called Quicktime player where I could watch movie trailers and listen to music (we are talking long before Youtube) and this and the live action sequel of Scooby Doo were the two trailers that automatically always came on every time I accessed the trailer section.

Fastforward to earlier this year and not one or two but three of my acquaintances here in LB decided to do a marathon of the whole franchise, which eventually encouraged me this Halloween to finally catch up with this franchise that has been so present in my life, and has intrigued me for a long time.

So, where do I start? The trailers themselves gave the impression that the action in this film was incredible and honestly that is completely the case. In fact, I would go so far as to say that along with its premise, these two are the best aspects of the film. Okay, actually, two of the three best aspects of the film, largely due to Kate Beckinsale, who is one of the main draws of the movie, not just because of her seemingly ageless beauty, but also because of how she and her stunt double sell the action and combat. Her ex-husband, director and co-writer of the series, Len Wiseman, makes each action sequence look exciting and cool. The cinematography is also very much of its time, but DP Tony Pierce-Roberts manages to add a great sense of style to the film, making the blue-ish tone feel like its own instead of merely a gimmick.

While it has all the ingredients for something great, there's something lacking in the execution that never reaches its full potential. While there's plenty of incredible lore, it all feels incredibly overstuffed to the point that it feels very overwhelming.

All in all, the movie is filled with awesome action, campy and somewhat fun performances, and a great score, but ultimately falls short of its own ambition.