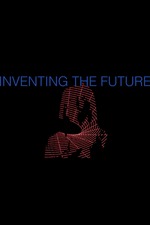 Isiah Medina's follow-up to the exhilarating 88:88 goes in a considerably different direction, related but no less radical. Where the previous feature worked to convey the emotional and sensual dislocation of being an urban BIPOC subject in late capitalism, Inventing the Future sharpens its focus to a hard point, bringing specific theories to bear in order to address these crises head-on. Technically an adaptation of a treatise co-authored by Nick Srnicek and Alex Williams, Inventing the Future the film is its own animal, in part because Medina's formal interventions are part of the philosophical "activism," if you will. There are so many complex ideas hurled in the viewer's direction over the course of the film that it is unlikely that they can adequately absorb them all, and Medina's split-second montage style rattles the brain rather than putting it at ease. But this is part of the project: Inventing the Future postulates a very different kind of human subject, one whose capacities (including the potential for absorbing this film) do not yet exist.

This question of human futurity is probably Medina's most controversial move, and it's worth taking a minute to see how he gets there. The film -- and forgive me for a gross oversimplification here, for the sake of explanation -- is kind of an extension of the Hardt / Negri, Italian Autonomia policy arguments, but perhaps taking their implicit Deleuzianism one step further. While Inventing the Future argues that full employment is an outdated idea, one that should be replaced with full automation and a universal basic income (UBI), the film also seems to argue that the conventional notion of the individual is a bourgeois / modernist holdover, to be replaced by technologically enhanced, fully networked hyper-being.

Again, this is an idea that has existed in kernel form for quite some time (e.g., Donna Haraway's cyborg theory), but has not really been postulated as an imminent social development. Inventing the Future states that there is no "human essence" to be revealed "after capitalism." Rather, the end of capitalism, and the full implementation of technology, will give rise to as-yet-unknowable forms of humanity. But of course, this assumes that we will be able to redeploy technologies that have been, from their inception, appendages of capital. When it comes to the Internet, for example, can we unlearn the self-presentation models into which consumerism has so fully inculcated us? Or, whosoever shall rise in a new hierarchy of power, could we insure that they would dismantle the surveillance state, putting their hard-won victory at a unilateral disadvantage?

Inventing the Future would no doubt answer that my caveats are borne of cynicism. But then again, some critics of the film, and its focus on the future subject to the exclusion of those still struggling today (often without the benefit of technological artillery), have found the film to be blinkered at best, fascist at worst. I don't agree with these criticisms, but I do find Inventing the Future to be more an intriguing thought experiment than a satisfactory call to arms.

You can judge for yourself. The film can be viewed here.