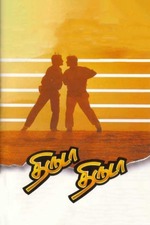 World Music Day and hence replugging a post I wrote on thalaivARR's birthday earlier this year! My day is incomplete without listening to a song of yours and I hope your musical fragrance forever remains as fresh as a newly blossomed Roja, Rahman sir!⁣⁣⁣⁣
⁣⁣⁣⁣
"Chinna Chinna Aasai" was the first song composed by ARR and along with the Sunrise shot at the beginning of the song, also began the rise of ARR who has always been a ray-of-light since then and went on to become the 'Mozart of Madras'!⁣⁣⁣⁣
⁣⁣⁣⁣
Every MR-ARR album is in a league of its own and it's tough to choose one, but if there's a gun to my head and I had to pick one, I'd go with 'Thiruda Thiruda' as not only the combo's best but also the finest ARR soundtrack till date! I listened to the thumping beats of "Veera Bobbili Kotalo" / "Veerapandi Kotayyile" (easily holds the lion's share in Sundar bagging National award for best Choreography) on TV so many times during my childhood without knowing the film's name and 3 years ago... I heard the whole album for the first time and I still vividly remember how the music took me by a storm... *literally insert storm sound from Thee Thee*⁣⁣⁣⁣
The bassline in "Thee Thee" song is ARR bossing over the bass guitar usage and add to this, Flute Naveen's magic in the 2nd interlude... ppaaahhhh deivameee! Then comes my personal favourite from the album - a song that introduced me to "Acapella", a song I never get tired listening to, a song that never fails in moving me to tears, a song whose mere mention of its starting line gives me goosebumps and makes me sing along... "RAASAATHIIIIII EN USURU ENNATHILLA"!⁣⁣⁣
⁣⁣⁣⁣
Finding it difficult to recover from the album's madness, I watched the film straight away and then I literally felt like had this been an English film, it would've easily fetched ARR an Oscar nom for the best original score! My general perception in childhood from the action films I've watched was that they have a repetitive BGM throughout for certain action sequences, but despite containing so many chase episodes, every chase scene in the film has a brilliant score specific to it!⁣

Every now and then I keep wondering about how ARR came up with such a masterpiece in just early stages of his career and the way the songs have aged feeling fresh even today 26 years after the release, speaks for itself! I guess even ARR himself would find it tough to recreate the sheer diversity of his work in the Thiruda Thiruda OST!

P.S. Dear Mani Sir, don't ever break your collaboration with Rahman Sir and can't wait for both of you winding back the clock to the best of your times, both historically as well as musically with your dream project Ponniyin Selvan!