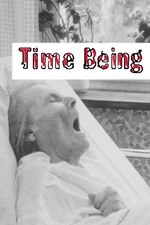 An experimental short film by Gunvor Nelson which in essence chronicles the filmmaker's last moments with her mother at her deathbed. It is done primarily in 3 shots from different distances of her mother's still body in her hospital bed, the only movement being her mother's chest rising and falling, and the motion of the camera as it transitions between shots. Shot in 16mm black and white, the lighting is beautiful, but this feels like a very personal moment that I, as the viewer, am intruding on. And lasting almost 10 minutes, it ultimately just made me feel uncomfortable. The value of this film to its creator is clear, but it doesn't feel like something meant for the rest of us.