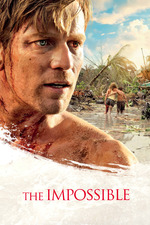 “On December 26th, 2004, the deadliest tsunami on record hit the South East Coast of Asia. The lives of countless families all over the world changed forever.”

jeeez you didnt have to go that hard on me sir, this is hard enough without that frustratingly intense third act.

can i just say that Tom Holland really is such a gifted actor. i’ve liked him for a while now but he gives a utterly terrific performance here at a young age. Naomi Watts deserves all the praise, she’s strikingly raw and like McGregor acts out the vulnerable and desperate parent with the utmost dedication. the film builds on these three and their relationship with each other. i like how there’s no long intro, you’re thrust into this nightmare of destruction very quickly at the beginning.

the sheer force of paradise turned chaos and wasteland threw me off balance. i knew what i was getting into but dammit this was so fucking hard to watch. the cgi doesn’t always work as well as it should but the way Bayona shows the complete destruction of a large area by the same water that usually is a chill tourist attraction... is scarring. also the many injuries the characters sustained had me flinch repeatedly, especially Naomi’s leg. great makeup.

cinematography is expectedly oriented by natural colors and lighting, and everything seems sickly and muddy after the catastrophe has taken place. gosh i felt so much for this family due to switching back and forth from watching them struggle in the masses of waves, people, or debris etc, and being up close to them in shaky motions. not too much a fan of the overdramatized ending because this story is already heartwrenching enough without all the close calls and such.

that hella emo score really did the job for me just fine thanks for the cries bro. well directed film, carries a lot of emotional weight and respectfullly shows one of the worst natural disasters of the past century and its direct aftermath. shoutout particularly to that gorgeous dream sequence at the end, that shit hit me right where it hurts.

also idk whether they could really be pushed that far by the adrenaline and will to survive but that bruised vertebrae of Lucas (THolland) is fucking torture let me tell ya. i SLIGHTLY bruised mine right under my neck last january when i landed on my face on the slopes and i could barely move, let alone walk, for two fucking days.

Snow White and the Huntsman