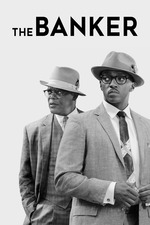 “When you find out how life really works, there’s nothing you can do but laugh.”

I really cannot believe this doesn’t have higher scores on this app. Honestly can’t believe it. What do people not see in this? I hear a lot of people saying this doesn’t do anything special or different. Did I watch the same movie as those people?

To me, this blew away my expectations. I really enjoyed seeing Anthony Mackie in a non superhero movie, because he’s a talented actor for sure. And that’s very evident in this role, as he is very convincing as Bernard Garrett. But Mackie wasn’t even the best part, that was Nicholas Hoult, who was fantastic. His performance was incredibly believable, and more than anything, I loved his character arc. This character started as a handyman and eventually was a bank owner. That character arc is impressive and is way overlooked in this film. Can’t get enough of that.

This movie also has a ton of inspirational moments, which I wasn’t expecting at all. There are several scenes, paired perfectly with music, that really make you feel something. Bravo to the Director and writing team for that. Pair that with a great script that makes a somewhat complicated subject easy to understand. That’s where I feel a movie like The Big Short missed the mark for me. The Banker takes a concept that is dense, but made it easy to follow and understand.

I really don’t see why this doesn’t have higher ratings. To me, this was a similar story and feel of a recent 2019 release, Just Mercy. Yet I think this does several things better than Just Mercy does with it’s plot, characters, and memorable moments. Definitely give this a try, because I enjoyed the hell out of it.

The Assassination of Jesse James by the Coward…