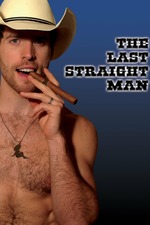 This is probably what most gay men fantasize about. The straight man you pine for finally surrenders to you for a night of wild fun. And another night. And another. And another. Until finally he realizes that he more than likes you and wants more than just the repeating one night stand. I say most, as that isn't a fantasy or interest of mine. The film has an ending that tries to be very european (that's our 90 minutes, thank you). Right before the abrupt and unclear ending however is the attempt to tie off the story. The film shows potential and promise. However, it is very much the kickstarter film of the film school dropout. It's dialogue heavy anemic film that should have skimped on some scenes and sequences and allowed others to breath. You know it is an independent film but it is one that needed a few more edits before going to print. Nearly there, but not quite enough. Gay men, you can and should do better.