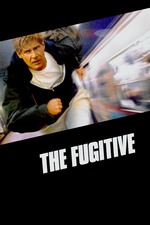 A captivating game of cat-and-mouse between Ford and Jones. Incredibly suspenseful with superb performances from its two central characters. A fun movie that I think anyone can enjoy.

Favourite Scene
The chase through the drain tunnel.

Fun Fact
Originally, Julian Moore’s character had a much bigger role. Ford’s character was supposed to go back to her for help and then eventually fall for her. These scenes were even filmed but got caught. That is why she was credited as one of the main stars.

Question
What is your favourite 90’s action movie?