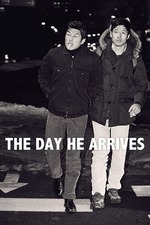 Hong: All human beings, including me, are complex. But we're always forced to speak of ourselves in simplified ways. And yet there is a limit to expressing what someone is like through language. So that's why people listen to music and look at paintings. They want to break away from that excessive simplification brought upon them through language and experience themselves in their original state or at least somewhere close to it. (Source).

From how I personally understood it, this film looks at the plainness of life.

Down to location, the people, the conversations, the events, the types of relationships... It can all feel the same, as that's how we often experience it, even if it's more complex than it appears on the surface level (as we can tell by some deviations in the plainness).

The main character fails to distinguish people well, keeps going to the same areas, we hear similar conversations, observe women unknowingly say they're exactly the same, and so on...

Although there are some differences, it can all easily blur into itself.

How one feels about that depends on the person, but I think a sense of loneliness and humdrum weaves itself into this film.