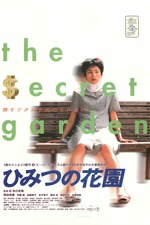 Film of the week: chosen by myself.

I have heard a lot about this director. His films are always recommended to me. Certainly classics of Japanese cinema, in any case. However, this is the first film I've seen from him - and a much lesser known one at that!

It was dumb. Very dumb and awkward. However, it didn't try not to be and I felt it was successful in its humour (although I felt it took a moment to get into).

The slippers, the back of the car getaway, the arrest, the fainting.. all these small moments got me. HA! 🤣

But more seriously, I actually loved it's rather unique or uncommon approach to various topics.

For example, Sakiko is money obsession in human form. She is very focused on her love of money. Usually this would mean greed, stepping over people to get what she wants and all sorts.

However, she is not an unpleasant character - although very direct. She's rather dim and one-track minded, but very talented and driven all the same. Actually, she could even be seen as a very inspiring person.

Through chasing money, she acquires various skills, friends, and helped others indirectly even 😅 Her obsession with money led her to so many great things, and - compared before she applied herself to obsession - the world is brighter to her for it, it seems.

I am very much looking forward to viewing his more recent works as well. I am interested in seeing how his style has evolved over his time as a director.