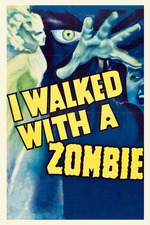 This might be one of the more unique horror films I've ever seen. In a way, it doesn't feel like it's trying to be "scary" so much as it's trying to convey a longing sadness. Halfway into the film, one of the main characters begins to play a piece called 'Tristesse' (which quite literally means "sadness" in French) on the piano, and this reinforces that idea. Not only that - the acceptance of death is a scary idea, but the film treats it with a maturity thats rare for any kind of media, and as a result emits an atmospheric vibe that is a bit of a rarity in the film world. Usually, death is an afterthought in most entertainment mediums. I was taken aback by how bittersweet this one felt when I was watching it, and it became especially apparent in the end why this is an important one for the arsenal. I think this is definitely under-viewed, and I recommend it.