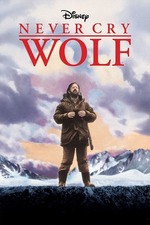 Carroll Ballard's landscapes are peerless; they achieve a kind of superreality. His great scenes have a sensuous, trancelike quality; the atmosphere seems outside time. And in his first feature, the 1979 THE BLACK STALLION, this distilled atmosphere made it possible for a simple boy-and-animal story to be transformed into something mythological. The boy's sense of wonder—his way of finding the mysterious in the ordinary—recalled PATHER PANCHALI, but there were also elements of Arabian Nights fantasy that suggested the 1940 Korda production of THE THIEF OF BAGDAD, without the theatricality. THE BLACK STALLION is a magical fusion; a friend of mine said that when he saw the picture he felt that he was rediscovering the emotional sources of mystery and enchantment.

I have been following the course of Carroll Ballard's filmmaking since the early sixties, when I saw a short he made as a student at the U.C.L.A. film school; that little movie and some of his work later in the sixties already showed traces of his ecstatic eye. The documentaries that he did for the United States Information Agency— BEYOND THIS WINTER’S WHEAT and HARVEST—were breathtaking, with layered images that suggested one horizon above another, as in a Morris Louis painting. And he did the rollicking PIGS in 1967, and in 1969, for the Pasadena Humane Society, THE PERILS OF PRISCILLA, about a lost cat, seen from the point of view of the terrified animal trying to find its way home. Then, in 1970, he made the celebrated RODEO. The visual imagination Ballard brings to the natural landscape is so intense that his imagery makes you feel like a pagan—as if you were touching when you're only looking.

Ballard's gifts are awesome; so are the risks of filtering an ecological story through his sensibility. His second feature. NEVER CRY WOLF from Farley Mowat's autobiographical book, is a failed classic—unspeakably beautiful but unsatisfying. It's about Tyler (Charles Martin Smith), a young biologist working for the Canadian government, who is sent to spend a year in what Mowat calls "the desolate wastes of the subarctic Barren Lands." Tyler's mission is to find a way to get rid of the wolves that have supposedly been devastating the caribou herds; this is of some urgency to the government, because the hunters are complaining that they're not getting their share. The facts that Tyler collects indicate that these hunters, rather than the wolves, are slaughtering the herds, but the proof is so difficult to photograph that the viewer is dependent in large part on Tyler's explanatory narration.

The movie fails as an adventure story: it simply doesn't have a dramatic core. It needs a more stirring script; the first hint of trouble comes when the pilot (Brian Dennehy) who flies Tyler to his icy destination engages in fancy philosophical talk—you feel you're in the hands of amateurs. The picture also needs a central actor with a greater range (and some depth). Charles Martin Smith was the Toad in AMERICAN GRAFFITI, and he was very likable as one of the three Crickets in THE BUDDY HOLLY STORY. He has a boyish quality, and Ballard must have felt that audiences would identify with him, especially since Tyler starts out as what in Westerns used to be called a tenderfoot. But the boyishness that comes through here is not the kind that people are eager to identify with—Smith's Tyler is crabbed, plodding, and, at the start, ineffectual. The performance feels thought out in advance. In the beginning. Smith is deliberately dopey; then he drops the dopiness—and Tyler is just a dull, well-meaning fellow. He's dull even when he behaves heroically. And—what's crucial here—there's nothing natural about the performance, and no sense of discovery in it.

The cruel fact is that more wolves would have helped; wolves that were more accommodating would have helped, too. The animals on the screen just don't seem eager to act out their roles, and they're not strong in the grandeur department—they look sort of scroungy. Children who went to see THE BLACK STALLION could believe in that mythological horse because Ballard had fully created him; the wolves here are never characters. Despite the names that Tyler gives them, they have no discernible personalities, and nothing really happens between Tyler and the wolves. These long-legged creatures with tiny, sharp eyes are playing out a script of their own devising.

Ballard's theme is the magic to be found in nature. From the way the movie turned out, it appears that when he couldn't get magic out of Smith or out of the wolves he fell back on the snowscapes. In STALLION, you knew whose imagination was being fired—the child's. Here there's a lot of free-floating transcendence. It doesn't serve the prosaic story, but it certainly holds you. It holds you even though you may forget what the movie is trying to be about. Everything that Ballard (working with Hiro Narita as the cinematographer) shoots seems new, and it has a distinctive, shimmering purity. The only disadvantage of this is that since the essence of what Tyler learns is that wolves actually serve the ecology of the area, the movie's luminous vistas can give you the uncomfortable feeling that you're being handed a high-minded flower child's view of nature. Tyler tells us that the wolves actually keep the caribou herds strong—that they cull out only the weak and the diseased. If he had explained that the wolves aren't fast enough to run down the healthy caribou and so usually kill only the sick, we might not have had any trouble believing it. But the way the film's rationale is presented, it's as if the wolves were good Darwinians, mindful of the health of the caribou herds.

Visually (and aurally, too), the film is magnificent. Tyler is set down alone with his food and equipment in a flat expanse so icy, bare, and vast that it makes you laugh. He's a speck on a lunar landscape—a gigantic stage for a Beckett play, with infinity right there around him. And every crunching footstep is magnified in this cold vastness. The noises, recorded by the sound editor Alan Splet (who worked with David Lynch on ERASERHEAD and THE ELEPHANT MAN), aren't familiar; they belong to this plain of ice, and they seem to come at you from a distance, grow louder, crash, and then echo in waves. They're funny and terrifying, and the wolf calls have the wonderful eeriness you want them to have. Ballard knows how to use space and sound for a deranged, comic effect. In the film's climactic sequence, when Tyler wakes up to discover that the caribou herds are running past and this is his chance to see what the wolves will do, Ballard has him dash in naked among the animals. He's like a tiny boy in the midst of the rushing crowd of beasties. There's an idea here, all right—a realistic hero. What there isn't is an exciting hero. Tyler is always a speck in this big movie; when he talks about his insignificance, we believe it.