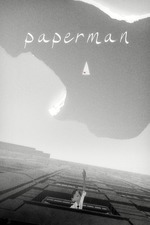 Still lovely. It reminds me of a short rendition of The Secret Life of Walter Mitty, a film I really adore and should also rewatch sometime in the future. It's this nice balance of mundanity with just the right amount of magical realism to punctuate a sense of whimsy around a sense of genuine emotion. Hell, it's maybe (sadly) one of the last times you could look at the name "Disney" and associate it automatically with a word like "magic" instead of words like "algorithm" and "corporate." At least for me, even if of course they always have been a business, just like any other movie studio. That said, I also adore the animation just as much as the presentation of its story. This way of blending 2D and 3D nearly seamlessly together is something I would love to see them expand upon in a feature film format, as I think Sony animated films like Into the Spider-Verse and The Mitchells vs. the Machines has shown that there is some sort of market for that style. Regardless, I think this is a one of a kind animated short, and one I am thankful to be able to rely on here and there for a quick blast of animated necromancy to my eyeballs.