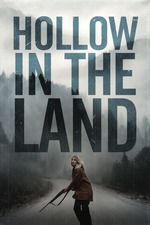 Hollow in the Land

I will stan Dianna Agron until the end of time, and I'm thankful that, at least once in a while, she's in a movie that's worthwhile.

Once you get past the almost-caricatural accents (do they really sound like that in western Canada? or in the Middle of Nowhere, Canada?) and the rocky start, it becomes an engaging mystery. It's a good role for Dianna, who really carries the film, and it's very different from everything else she's done. And Rachelle Lefèvre is in it, too, so of course I'm weak in the knees.