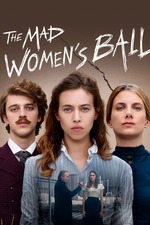 For generations, women who pushed against their expected roles in life were written off as mad, and in extreme cases, locked away. For equally as long, these women were fodder for art that depicted their madness as evil. In this last century, we’ve seen contemporary women take back their sister’s agency. Like Antoinette Cosway, the madwoman in the attic from Charlotte Brontë‘s 1847 novel “Jane Eyre”, given agency by Jean Rhys in her 1966 feminist revisioning “Wide Sargasso Sea.” The same can be said for Victoria Mas, whose novel “Le bal des folles” and its subsequent adaptation, “The Mad Women’s Ball,” by Mélanie Laurent (with co-writer Christophe Deslandes) seeks to reclaim the agency of “mad” women were treated less as people and more as experiments at France’s infamous Salpêtrière mental hospital.

[Full review at The Playlist]