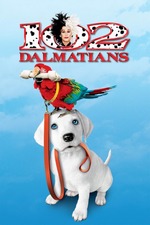 The first live action adaptation was surprisingly solid. It was a polished and cute little film that charmed its way from start to finish. Kevin Lima tries to replicate that success in this sequel, but he's clearly a worse director than Herek. The result feels derivative and sloppy, which is a real shame.

For one, it feels a lot less British. The leads are less agreeable, Depardieu is somewhat of a miscast (one completely over the top villain was more than plenty) and the cozy, warm atmosphere seems to be replaced by a harsher American vibe. That's not really what I was hoping to see here.

At least the sets are still pretty nice looking, but that's about the only positive thing to say (well, apart from the decent pacing maybe). It's just not as fun and quirky the second time around. Worse cast, worse plot, worse comedy. It's worse in just about every way and I blame Lima's input.