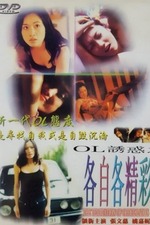 A pretty awkward genre blender. Ricky Lau is famed for his vampire-themed martial arts comedies, so when he tried his hand at romance with some drama and thriller elements it was a bit of a gamble. Too much of a gamble I guess, as the result is a muddled mess that comes off rather tone-deaf.

Three 20-something women are sharing a flat, looking to get their lives on the rails. That translates to finding a good job and a (wealthy) husband. Easier said than done though, as the men they date invariably turn out to be lechers. Throw in some random drama (a child dies) and a surprisingly jolly rape scene and you'll begin to understand what we're dealing with here.

Lau seems to have no control whatsoever. The film is quite light, the first part is a basic romantic comedy even, but then he throws in some pretty heavy drama without even trying to change the tone. The drama has no impact, performances are mediocre and the atmosphere is terribly inconsistent. Not exactly Lau's best work.