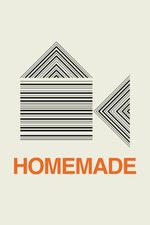 There are pretty good shorts and some terrible ones. Hated watching people filming their kids. No creativity, no effort, nothing. I no longer use any social media because I really don't like seeing anything random from uninteresting people's lives, so some of the shorts felt like the times when I used social media, seeing unnecessary information about people that I don't care and hated using it. I don't care about your kid, why would I want to watch your kid. Everybody has a kid, your kid is nothing special than others so make an effort and make a short film instead of that, like others in the project. I want to watch shorts that are made with limited possibilites and some creativity If possible. As I've said before there were of course good ones, so I'm going to write down my rating list of those "shorts". Some of them doesn't even count as short film, so I'll put those ones in the "garbage can/waste of time" list. Anyways here are my lists:

The Ones That Were Not Bad But I Didn't Care About:
- David Mackenzie
- Ladj Ly
- Rachel Morrison
- Naomi Kawase
- Johnny Ma

Unbearable Garbage Can, Waste of Time:
1- Gurinder Chadha (the only one that I couldn't even finish)
2- Natalia Beristain
3- Nadine Labaki and Khaled Mouzanar
4- Rungano Nyoni