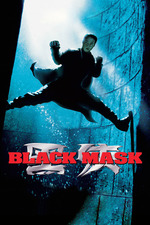 While I dont read comics any more I've read a lot of super hero stories over the years, and also spent a reasonable amount of time watching them translated to the big screen. It's hard to believe given the position of the Marvel movies but for a long time they weren't prominent and fans would be happy just to see anything however limited their ability to translate the appeal of comics.

Despite the box office I think there's still something of an issue, over the last few weeks I've spent ages, well 13 hours I guess, when I could have been watching films watching the first season of Daredevil, and i've kind of enjoyed it, but at the end of the day it's spent 13 hours getting him in a suit and facing his enemy. 13 hours telling one comic arc worth of story, really really slowly and not that excitingly. And I think if I'm honest a large part of the appeal is just seeing the names and ideas from the turn of the 80s Daredevil comics on screen. Any excitement really came when I read those comics and the TV adaption is just a replica.

Whereas this might not have a name character, might not be the most coherent film out there, might not have the character building of Daredevil. But it captures the actual enjoyment of super hero comics far better than any live action Marvel property I can think of.

And it sets up it's story and characters, and throws them together, and has them chopped up into little bits with CDs and knives and vehicles in 90minutes. It has fight scenes that surprise you, it has weird little gory or kinky interludes that make no sense but which deliver sensation and memorable images and remind you this is a Tsui Hark joint. It feels like a comic book, it feels like playing a computer game, but in a good way. It delivers the fun and involvement of other media perfectly.

And it has Lau ching-wan, quickly becoming one of my favourite actors doing the character work, which is no surprise, and the action stuff which is more of one. He doesn't do it as well as Jet Li, obviously. But it's not a one man show either. Do you care about or believe all the romantic stuff or the villains plots or motivations, not really, but I'm not sure I did in Daredevil either and that didn't have roller blading machine gunners. And this didn't take 13 hours to tell it's story..