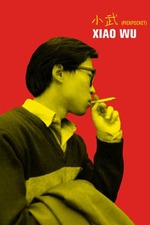 A down-to-earth character study. Xiao Wu tells the endearing tale of a lonesome pickpocket, hounded by authority and forgotten by his colleagues, who forges an unexpected relationship with a lowly karaoke bar singer. It paints a sad picture of this petty criminal as the old world he once knew begins to crumble and his life starts to unravel.

The film’s deliberately distanced filming of these two losers living on the fringes of late 90s China creates a unique and emotional atmosphere. There are parts of this film that have very dreamy, nostalgic qualities. The film employs a splashy, handheld, but subtle observance of the colors green and red, making it visually stunning to look at. It channels some of that free-spirted kinetic energy of a film like Chungking Express, yet it’s also held back and reserved, favoring a more sarcastic, cynical tone than the wistful optimism of the Wong Kar Wai classic.

Watching this film, I’m reminded of a particularly memorable scene in Edward Yang’s Yi Yi, where a Japanese businessman drunkenly sings karaoke in a bar and then immediately after, he plays Moonlight Sonata with a quiet look of serenity. Imagine the odd beauty of that scene, stretched out into a feature, and that’s what I feel Xiao Wu is. It follows the grand naturalistic tradition of directors like Vittorio de Sica and Robert Bresson. It also features one of the best final shots in a movie I’ve seen. It’s very striking and memorable, in the simplest, most authentic way possible.