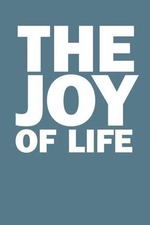 The Joy of Life

The Joy of Life is a thoughtful, artful, and in my opinion, very successful experiment in documentary aesthetic. As a film about San Francisco, it deftly captures many of the elements that characterize the city: foggy vistas, beat poets, colonialist histories, and personal recollections from the city's LGBT community. In spite of the sometimes violent, upsetting, and disturbing content of the script, the voiceover narration is rich with a slow-paced monotone that gives the film an incredibly evocative and calming feel. It's a very literary piece of cinema.

Director Jenni Olson clearly has a profound and intimate relationship with the city. Though limited in budget, length and technique, The Joy of Life overall really works. I always felt that the films that best capture the spirit and sensibility of this city are the really small, personal, independent ones like Wayne Wang's Chan is Missing or Barry Jenkins' Medicine for Melancholy. This film easily fits into that mold.

The most stellar aspect of this film in my opinion is the cinematography. It's composed entirely of simple, inert, and elegantly composed shot after shot of sketchy street corners and quiet neighborhoods. At times the cinematography paints S.F. as a picturesque postcard landscape, and other times it makes it look like a dystopian wasteland. It's both nostalgic and depressing. The film's powerful clash of tones and emotions will, if you allow them to, make for a hypnotic, spiritual, full-sensory experience.

Jack and the Beanstalk