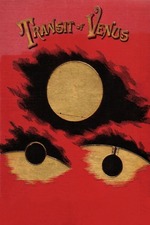 "It is an incredible achievement in astronomy, photography and, of course, cinema"

The "transit of Venus" is a rare astronomical phenomenon, in which the planet Venus passes in front of the sun, obscuring a very small part of it. Somewhat similar to a solar eclipse, but much less dramatic or noticeable, it usually occurs twice every 105 or 121 years, with an eight year gap between the two occurrences (the two last transits happened in 2004 and 2012, the next one will be in 2117).

As with any rare astronomical phenomenon, the 19th century scientists who would be able to witness the 1874/1882 transits were understandably excited, not only because of its rarity, but also because of the scientific possibilities that the observing of the transit could reveal, specially regarding the measuring of distances in our solar system. Because of this, the French Académie des sciences created an academic commission in order to send scientists in organised international expeditions to observe the transit in different parts of the world. Among these scientists was the astronomer Jules Janssen, who, together with a party of 10 people, travelled to Nagasaki, Japan, to witness and study the phenomenon.

However, Monsieur Janssen didn't settle for simply observing the transit, he also wanted to register it (and precisely so). In order to have more precision in their calculations, the party brought to Japan a machine to photograph the occurrence, an apparatus Janssen called a "revolver photographique". This instrument was created by Janssen and constructed first by clockmaker Eugène Deschiens, in 1873, and then by Antoine Redier and his son in 1874. It was based on the same principles of the daguerreotype (one of the early photographic machines), but consisted of a mechanism of discs that allowed for a series of photographs to be taken in sequence, rather than just one at a time.

The result of this scientific and photographic effort, the series of photographs normally referred to as "Passage de Vénus" (Passage of Venus), is the earliest example of what is now known as "chronophotography", that is, photographs taken in sequence, normally emulating real-life movement, an aspect which makes this one of the most important precursors to film. Unfortunately, none of the actual photos of the 1874 transit of Venus survived the test of time. What we have today are only practice recordings, shot with a model (which would, technically, make these older than the actual photos of the transit). However, the importance of this early "film" is undeniable; it is an incredible achievement in astronomy, photography and, of course, cinema.

And all it took was scientists trying to "stop" a planet.