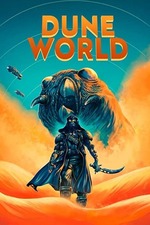 Sweeping in scope, massive in scale, visionary director Denis Villaneuve’s visionary vision of the classic sci-fi epic is finally here. Although some might question the significant alterations from the source material—namely, changing the Atreides family into a crew of American astronauts and renaming Arrakis to “Calaban,” a name which sounds very much like Atreides homeworld “Caladan” but isn’t—those doubters simply don’t understand the visionary French-Canadian’s boundless genius.

Unusual also was the decision to shoot an expansive space epic in the basement of a rented office building, but keen-eyed viewers will recognize how this peculiar artistic choice textures the story, reminding us that the industrial roots of Melange production sit at "the base" of the entire Padishah Empire.

Visionarily, Villaneuve opted to desync the entire film’s dialogue from the actors’ lip movements by about a 16th of a second, causing great psychic distress every moment that someone is speaking. Not to sound pedantic, but if you don’t see how your pain watching this movie mirrors the pain of the Fremen as they watch outsiders exploit their planet for profit, then you are a tiny baby idiot and you should stick to Teletubbies, you jackass dickhead.

If I could give this sixty billion stars--one for each person Paul Atreides killed in the galactic Jihad--I would. WOW!!!