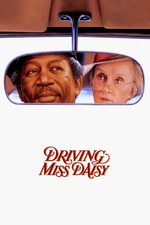 So yeah guys, we did it. Racism is no more!

If you are lactose intolerant I would highly recommend not watching this because... just wow. This film is soooooooooo cheesy to a point that it becomes really silly. I can handle cheese, but there's a point where too much cheese can be just that, too much. This isn't particularly a bad film, but it doesn't do anything spectacular. I will admit that the makeup and acting were pretty impressive when the characters are really old. I also liked how they subtly told the viewer how far in time we are instead of just putting some dumb text on the screen that said the date. There are much better films about racism that you should check over this. This film says nothing about racism because it is too safe. We know racism is bad, so build a conflict with it to show its bad. Films like Do The Right Thing or La Haine can be pretty brutal because that's how you should get your point across. It is baffling that this won Best Picture and that Do The Right Thing came out the same year. If you want a film that says a lot about racism, then skip this and watch Do The Right Thing instead.